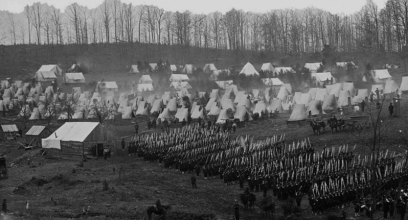 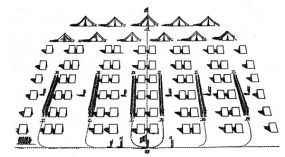 During the Civil War each regiment laid out its camp in the manner prescribed by the Army Regulations.  Today as reenactors we must best organize our company streets based on the members attending, both civilian and military.

The following guidelines are intended to assit NCO's  in laying out a company street in an attempt to simulate a Civil War army camp as close as possible.